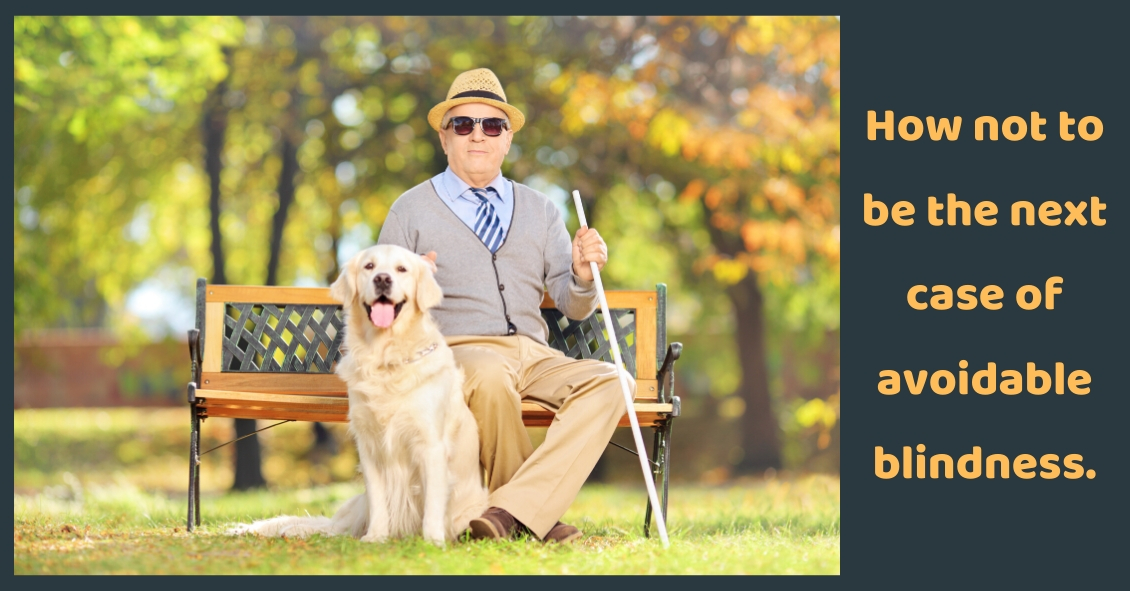 There are several treatable eye diseases that at their earliest onset have few or no visual symptoms. In fact, the three leading causes of legal blindness in the United States all start with almost no visual symptoms detectable by the person suffering from the disease. The three diseases are macular degeneration, glaucoma, and diabetic retinopathy. Each of these diseases gets more prevalent as people age. That is why the American Academy of Ophthalmology recommends regular eye exams at more frequent intervals as adults get older.

Macular Degeneration: The leading cause of legal blindness in the United States is a treatable but not curable disease. Early detection and treatment can significantly improve the long-term outcome. At the earliest stages, often when people are unaware that they have a problem, treating the disease with a very specific vitamin regimen called AREDS 2 can help. These vitamins have been shown to slow the progression of the disease and improve long-term outcomes. When the disease becomes more advanced there is the possibility of bleeding in the retina. If left untreated, that almost always results in severe visual loss. There now are several medications that when injected into the bleeding eye can arrest the bleeding and potentially improve vision.

Glaucoma: The second leading cause of legal blindness in the United States is often called "the silent thief of sight." With glaucoma, there is often severe damage to the optic nerve before a person recognizes he is having a problem. Usually by the time a person notices symptoms, 70% of the optic nerve is destroyed. As of now, once that damage has occurred it cannot be reversed. This makes early diagnosis absolutely critical to saving your sight. In most cases (but not all) early detection and treatment can preserve functional vision throughout your lifetime.

Diabetic Retinopathy: This is another leading cause of legal blindness that has no visual symptoms until the disease is in its advanced stages. Every diabetic should have an annual eye exam to check for signs of retinal disease. If detected and treated in its early stages, the disease can usually be controlled and the vision preserved.

As you can see, there are very strong reasons to have your eyes examined regularly - especially as we age - in order to keep good visual health and function throughout your lifetime.