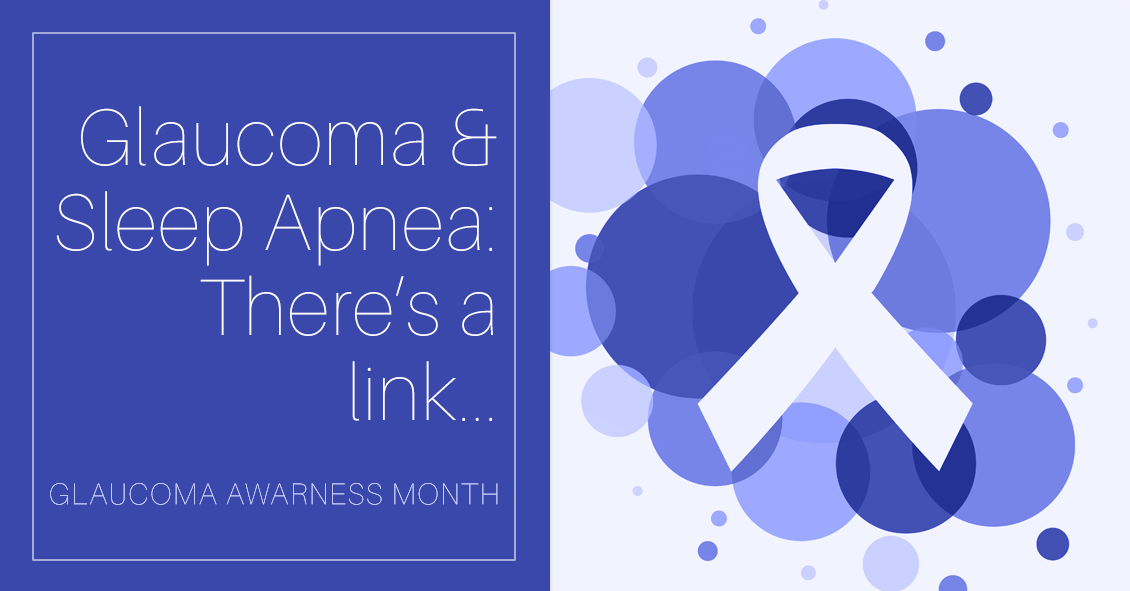 Over the last several years, research has indicated a strong correlation between the presence of Obstructive Sleep Apnea (OSA) and glaucoma. Information from some of these pivotal studies is presented below.

In January 2016, a meta-analysis by Liu et. al., reviewed studies that collectively encompassed 2,288,701 individuals over six studies. Review of the data showed that if an individual has OSA there is an increased risk of glaucoma that ranged anywhere from 21% to 450% depending on the study.

Later in 2016, a study by Shinmei et al. measured the intraocular pressure in subjects with OSA while they slept and had episodes of apnea. Somewhat surprisingly they found that when the subjects were demonstrating apnea during sleep, their eye pressures were actually lower during those events than when the events were not happening.

This does not mean there is no correlation between sleep apnea and glaucoma - it just means that an increase in intraocular pressure is not the causal reason for this link. It is much more likely that the correlation is caused by a decrease in the oxygenation level (which happens when you stop breathing) in and around the optic nerve.

In September of 2016, Chaitanya et al. produced an exhaustive review of all the studies done to date regarding a connection between obstructive sleep apnea and glaucoma and came to a similar conclusion. The risk for glaucoma in someone with sleep apnea could be as high as 10 times normal. They also concluded that the mechanism of that increased risk is most likely hypoxia – or oxygen deficiency - to the optic nerve.

There seems to be a definite correlation of having obstructive sleep apnea and a significantly increased risk of getting glaucoma. That risk could be as high as 10 times the normal rate.

In the end, it would extremely wise if you have been diagnosed with obstructive sleep apnea to have a comprehensive eye exam in order to detect your potential risk for glaucoma.

This blog provides general information and discussion about eye health and related subjects. The words and other content provided on this blog, and in any linked materials, are not intended and should not be construed as medical advice. If the reader or any other person has a medical concern, he or she should consult with an appropriately licensed physician. The content of this blog cannot be reproduced or duplicated without the express written consent of Eye IQ.